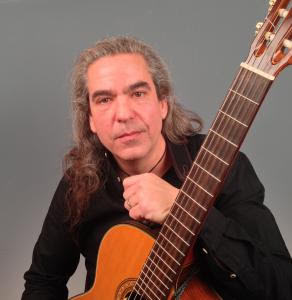 NEW YORK, NY, UNITED STATES, June 21, 2018 — Award-winning Canadian musician Ed Roman has always created music videos that were both visually entertaining and, like his personality, a bit quirky and off-center. From the red-pinstriped-clad “Godfather of Love” character in “I Am Love” to the bumblebee-shaded snow traveler in “I Found God,” Ed’s self-directed visual depictions of his songs have left long-lasting impressions, earning accolades and racked up over 75,000 views.

Now, Ed Roman is unleashing his most ambitious visual undertaking to date. At midnight on Sunday, June 24th, 2018, Ed’s animated opus, “Red Omen” will make its world online premiere during the New York Lift-Off Festival Online 2018. The festival will take place for the entire week at http://Vimeo.com/ondemand/nyliftoffonline18. (Please note that the link will not work until the festival is published live.) Winners will be selected from a combination of fan votes, internal judge votes, and Lift-Off community votes.

Ed also plans to use the “Red Omen” video to raise funds for Dyslexia awareness, a cause very near and dear to his heart.

ABOUT LIFT-OFF FILM FESTIVALS: The Lift-Off Global Network is an organization encompassing worldwide live screening events, distribution initiatives, a seasonal awards ceremony, and an ever growing and active community of indie film creators. Initially a film festival, Lift-Off has grown into being a huge platform for emerging artists. This includes feature film content, shorts, commercial, music video content, animations and experimental arthouse. We also feature a script promotion and exchange platform, along with extensive production initiatives.https://www.lift-off-festivals.com/new-york-lift-off-film-festival-2018/

ABOUT NELSON DIAZ: Hailing from Brooklyn, NY, Nelson Diaz is an award- winning animator, who has worked for clients such as Nickelodeon, Dreamworks, McDonalds, Hallmark, Verizon, Ford, Disney, TED-ed, Sesame Street and Food Network. He has been lucky enough to be Emmy nominated for Nick’s 2013 Halloween IDs as well as been part of an Annie Award Winning Project (Kung Fu Panda 2: Secrets of the Masters made by Duncan Studios for Dreamworks.) http://www.nelsart.com