Darren Jessee Shares Stunning “All But A Dream” 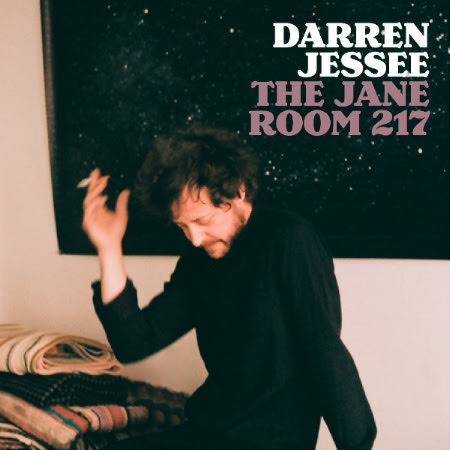 “Jessee takes his insightful songwriting chops and churns out his own taste of bold melancholy folk, making The Jane Room 217 one of the years must hear mood records.” – Glide Magazine

“We’re used to seeing Darren Jessee behind a drum kit, with Ben Folds Five, Sharon Van Etten, Hiss Golden Messenger, the War on Drugs and others. But his band Hotel Lights brought him out front, and with his upcoming first solo album The Jane, Room 217, Jessee moves into another musical adventure.” – Billboard Magazine

“A quiet record that has, and will continue to be described as “breathtaking,” The Jane, Room 217 is intimacy incarnate: Little separates listener from artist in these songs as Darren Jessee bares his soul, surrendering his emotions in an utterly beautiful display of musical vulnerability.” – Atwood Magazine

“ALL BUT A DREAM”

For someone as soft-spoken as North Carolina-based songwriter Darren Jessee, it might come as a surprise to learn that he has a gold record (in storage somewhere), a platinum record (“I never called them to get it”), and was part of a recent Grammy win (“someone told me they would mail me a certificate if I wanted…”). For years, though, he’s managed that almost impossible feat of remaining both ubiquitous and out of the spotlight at once.

Since 2004, he’s released four records under the name Hotel Lights, all while working as a drummer for a series of wildly acclaimed acts. He played drums for Sharon Van Etten in support of her celebrated 2014 release Are We There, and since 2016, he’s been a member of the Durham-based band Hiss Golden Messenger, performing most recently on their 2017 Merge release Hallelujah Anyhow. In 2017 he contributed to The War on Drugs’ A Deeper Understanding, which won the 2017 Grammy Award for Best Rock Album. Before any of that, Jessee made his name as a member of the band Ben Folds Five, for which he co-wrote their biggest hit, “Brick.”

“I always felt like I needed to have a band,” Jessee says. “There’s something about being with a group of people that gives you confidence. But secretly I wanted to have the courage to be a solo troubadour.”

With his new record, The Jane, Room 217 – Jessee’s first as a solo artist – he’s finally seen that through. In late 2016, on the heels of Hotel Lights’ release Get Your Hand in My Hand and a world tour with Sharon Van Etten, Jessee started writing and recording the songs that would become The Jane, Room 217 on a six-track in his New York City apartment.

“I thought it was all just song demos at first,” he says, but after a returning from a tour with Hiss Golden Messenger, he heard the material with new ears. “When I got back around to these songs, I realized it was something I cared about more than just demos.”

Jessee drove the tracks as they were to Richmond, where Trey Pollard of the Spacebomb Records group added strings and Jessee’s longtime collaborator Alan Weatherhead mixed; and for the most part, that’s how Jessee left it.

“I love sparse records,” Jessee says. “I grew up with Willie Nelson playing in the house, I was always a big fan of Leonard Cohen, the early Tom Waits records – just a mixed bag of artful music.”

Dreamy and intimate, The Jane, Room 217 evokes late night drives, low lights, and longing, as on the album’s opener, “Anything You Need,” where so much space is left around the notes that by the time strings swell up under the melody after the chorus, it’s an almost overwhelming rush, like a quiet revelation.

Arrangements on the album are pared down to nothing more than acoustic guitar, a few spare keyboard hooks, piano, Pollard’s strings, and Jessee’s expressive vocals. At once reserved and lush, Jessee’s wistful melodies are shot through with lyrical sparks, as in “All but a Dream,” where he takes a series of impressionistic flashes – “chill though the window screen,” “cortados in Mexico City,” “red tail lights of taxis, running through a summer rain,” “swimming in the briny sea” – and builds them into an epiphany much greater than the sum of its parts.

Quietly devastating, The Jane, Room 217 is a personal exploration of heartbreak and romance – made all the more powerful by its clear-eyed restraint.

“Opener ‘Anything You Need’ is one of The Jane, Room 217‘s standouts, a quiet acoustic-guitar/piano number that’s bathed in breathtaking strings by song’s end.” – Magnet Magazine