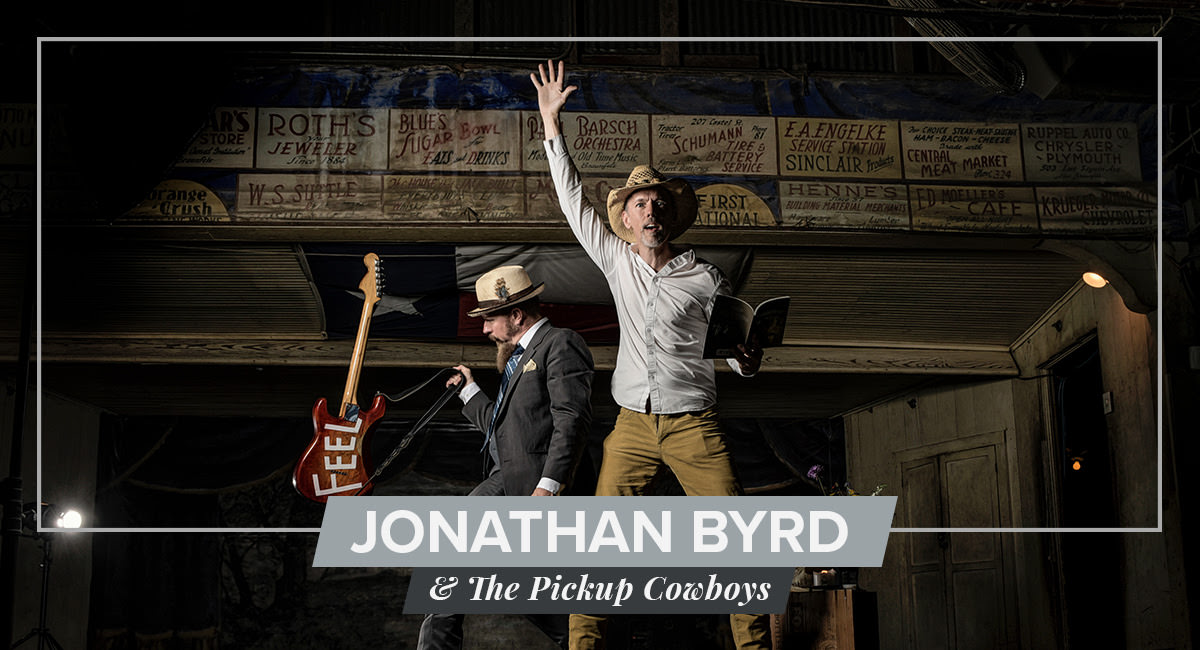 There at HearthPR, they’re all writers as well as publicists. So to them, there’s nothing more exciting as hearing a great songwriter, who’s also a great writer, wax philosophical. This interview between Jonathan Byrd and No Depression is chock full of great quotes and wild ideas. From his weekly roadhouse poetry readings to his burgeoning love for Kierkegaard, Byrd doesn’t hold anything back. Here’s a few quotes:

“People are interested in stories; there’s something about the way our brains work that keeps us interested in hearing them and telling them. Stories put us in a place where we can entertain ideas that we would never talk about or actions we’d never do or lives we’d never live.”

“Scientists have pretty much figured out how old the Earth is, but they can’t heal your broken heart, and hardly any of them know how to tell a good story.”

Are there one or two books that have shaped — and continue to shape — your life and work?
“The Bible. It’s the keystone of Western literature. It’s weirder than anything on the internet.”

Singing around the campfire. Music shared person to person around the country, like heirlooms or secret messages. This is Jonathan Byrd’s world. The characters in Jonathan Byrd’s songs crackle with life, each one seemingly drawn from a chance encounter on the road with a true American. And that may be the case, as Byrd is drawn to the nomadic working class of this country, the kind of spit-and-grit souls immortalized in the writing of John Steinbeck or the music of Woody Guthrie. 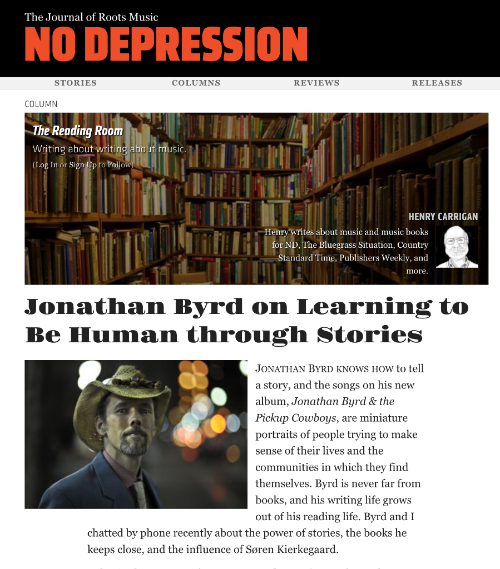 A songwriter’s songwriter, Byrd is fascinated by wordcraft, passionate about unheralded artists, but most of all driven to contribute to a national community of song lovers, a world that’s little seen outside the mainstream. “There’s this underground musical community that travels around the country,” Byrd says. “We see each other at festivals and conferences. It’s a rich, authentic life of music that I wish more people could discover, because I think they’re actually looking for it.” On his new album as Jonathan Byrd & The Pickup Cowboys, Byrd’s goal was to bring a glimpse of this song-driven life to his audience.

There’s a bit of wry humor to his songwriting, a subtle shade of Randy Newman, as in the song “Tractor Pull” that relates finding love at a redneck jamboree, or the bittersweet smile of “It Don’t Make Sense,” as the singer grapples with love and life lost. But the manifesto of the album is found in “Pickup Cowboy,” a song Byrd wrote for a South Dakota construction worker, his friend and fellow songwriter Matt Fockler. The Pickup Cowboy is a character who doesn’t need much money, fishin’ for breakfast and living on tupelo honey, the hard-worn spirit of the West shines through in the song’s subject. Byrd pays further homage to Fockler by including two of his songs, “Lakota Sioux” and “Do You Dream.”

When you live as much of your life on the road as Byrd does, you learn that home and family are fuel to the creative fire. So he returned home to Rubber Room Studios, a recording studio he helped build by hand, and brought his closest musical friends, the Pickup Cowboys – guitarist and multi-instrumentalist Johnny Waken and cellist Paul Ford – to make the album. But life had other plans. The last day of recording, Ford stayed home, complaining of feeling like he had the flu. He called at the end of the day with the news that the doctor had discovered a terminal brain tumor. Ford never went back to the recording studio and passed away the next year. The shock of losing such a close friend put the Pickup Cowboys on hold for a year, but ultimately, Byrd felt that the songs and recordings deserved to be heard. He and Waken took the recordings to Winnipeg to complete the album with Joanna Miller on drums, and Alexa Dirks and Andrina Turenne on backing vocals. Now Byrd is bringing the Pickup Cowboys on the road, traveling out to the many friends he’s made over years of crisscrossing the US with these new songs to share. 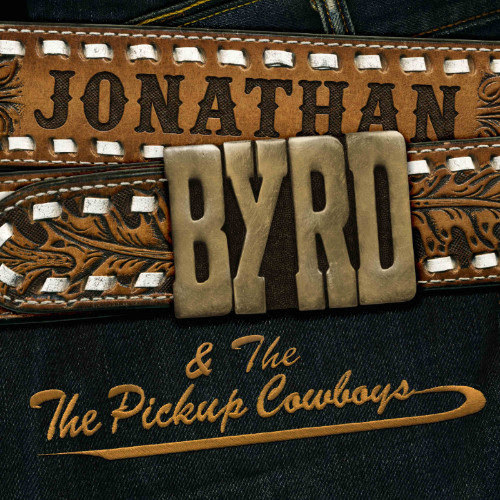 It may seem unusual for a songwriter to cover two songs from another songwriter on his album, but it’s part of Byrd’s ethos and the ethos of his community of song collectors. “This is a golden age of songwriting,” Byrd says. “Community songwriting. It’s person-to-person music. Songs get picked up and passed around and end up around the campfires. We wanted to bring some of that to the record. That kind of authenticity, and the real people and real stories in the songs.”