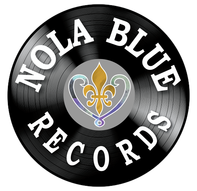 NOLA BLUE, INC. was established in 2014 with blues legend Benny Turner as its first client.  Recognizing the need for Benny’s story to be told and music to be heard, work began across three major areas: worldwide distribution of his music, active marketing of him as a world-class performer and collection of photographs and interviews for his autobiography.

​Four years and three critically-acclaimed releases later, Benny has received the Jus’ Blues Foundation Little Milton Lifetime Bluesman Award and was inducted into the Chicago Blues Hall of Fame in October, 2017.  In July, 2017, “Survivor-The Benny Turner Story” was published and is available in hardcover and eBook formats. 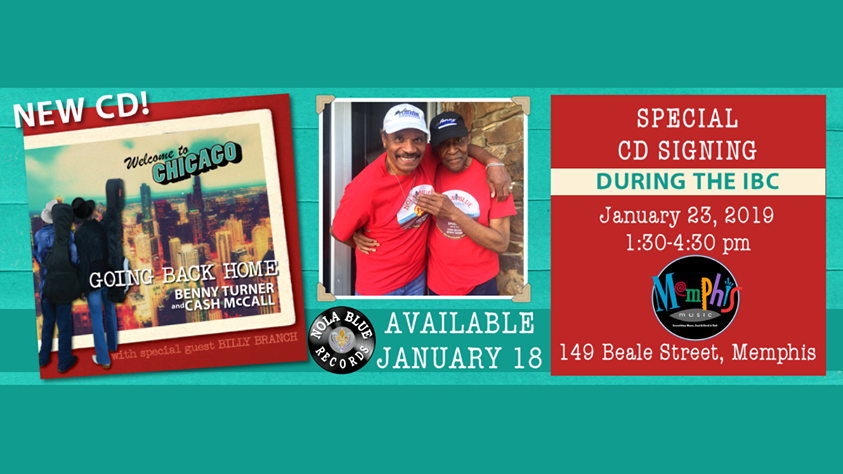 Producer Benny Turner says, “A death in the gospel world inspired me to contact my old friend Cash. I had no idea about his health problems and wanted to do whatever I could to help. Getting him involved in a music project seems to have been the best medicine in the world for him, because he is really excited about it. I asked Billy Branch if he was available to be a special guest on the record, and he didn’t hesitate for a minute to say, ‘Count me in!’” 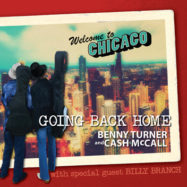 Blues legends Benny Turner and Cash McCall’s friendship began in Chicago over sixty years ago. The pair reunited to revisit their roots and the songs they once played nightly in South and West Side nightspots for their album “Going Back Home.” The joyous blues summit took place at studios in Memphis, New Orleans and Chicago with an array of the finest players and special guests including, pianist Joe Krown, drummer Rodd Bland and three-time Grammy nominee Billy Branch. The duo trade off on lead vocals with Cash handling guitar and Turner laying down the bass as he did for years in his big brother Freddie King’s band. The ten songs each hold a special place for Cash and Turner and are a collection of Chicago era favorites and rare gems from the treasured songbook of the Blues Standards.

The horn infused soul stomper ‘Got To Find A Way,’ opens the set with Turner’s daughters adding backing vocals, creating a Staples Singers vibe and making the track a true family affair. The straight forward reading of ‘Spoonful,’ pays tribute to both Howlin’ Wolf and Freddie King who played on the original recording for Chess in 1960. Turner shows off his charms on the playful shuffle ‘Poison Ivy,’ stepping into the role of Don Juan with flare on another deep cut from the Chess records catalog. McCall spells out the root of all evil on the blues sermon ‘Money;’ the album’s only original tune is a statement of real truth.

No Chicago blues party would be complete without the Elmore James bar room anthem ‘Shake Your Money Maker,’ delivered here with a jumping groove, hot horns and greasy slide guitar. Billy Branch adds his renowned blues harp to the emotional cover of the Tampa Red staple ‘It Hurts Me Too,’ with the old friends celebrating their brotherly love and vowing to stick together through life’s trials and tribulations. The oft record song is given even greater weight after it was revealed that McCall had been battling lung cancer during these sessions. 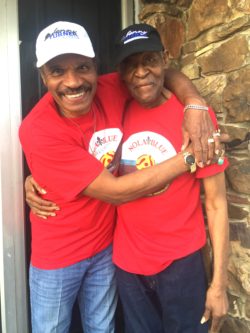 The history of jazz and blues is filled with reinventions and spinoffs of familiar tunes, e.g. G.L. Crockett’s 1965 release of ‘It’s A Man Down There,’ was an adapted cover of Elmore James’ 1964 release, ‘One Way Out.’ Turner and McCall jam out on a rollicking uptempo two beat blast through the song, featuring fantastic barrelhouse piano and blues harp from Johnny Sansone. McCall adds his own twists and turns to the bawdy old-time blues ‘The Dirty Dozens,’ giving it a Fats Waller spin. Next to Muddy Waters, Willie Dixon is recognized as the most influential person in shaping the post–WWII sound of the Chicago blues. Turner and McCall take on one of his most famous songs, ‘Built For Comfort,’ as a duet commanding the bump and grind blues show stopper with bravado. Billy Branch is on hand again for the album’s finale, the revival of Sonny Boy Williams ‘Bring It On Home,’ as a joyous celebration of Chicago and the reunion of two of her finest sons. 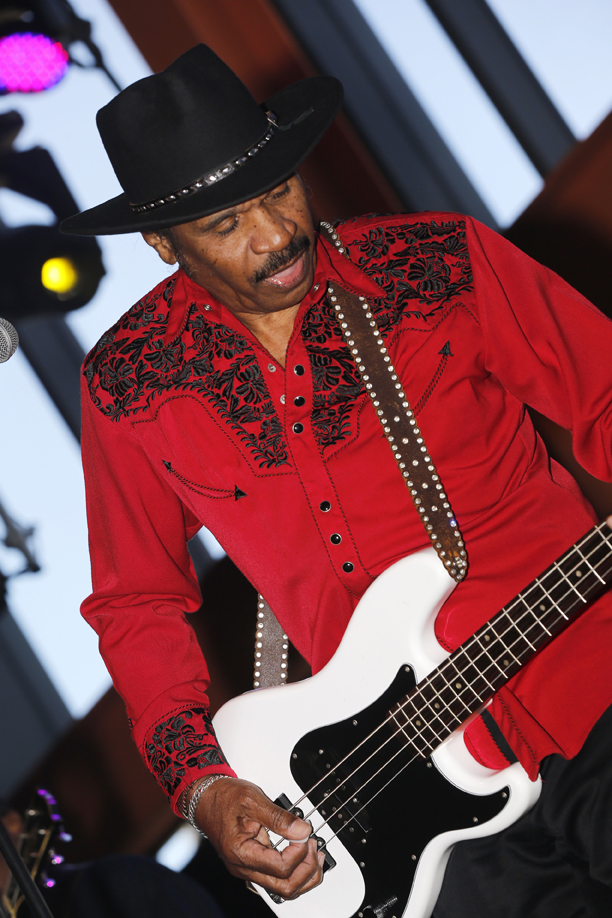 Born in Gilmer, Texas in 1939, Benny Turner and his older brother, Freddie King, learned to play guitar from their mother, Ella Mae (King) Turner. Although best known for his role as bassist for the Freddie King band, he later played for Mighty Joe Young and then for Blues Queen of New Orleans Marva Wright. Turner’s earliest musical endeavors include work as a recording artist for the M-Pac! and One-Derful! labels. He also appears on gospel recordings with The Kindly Shepherds and Otis Clay. He toured with Dee Clark and the Original Soul Stirrers. Turner’s award-winning autobiography, “Survivor-The Benny Turner Story,” was published in 2017.

A native of New Madrid, Missouri, Morris Dollison, Jr. was born in 1941 and is better known as Cash McCall, a name that has been renowned ever since his 1966 recording “When You Wake Up” became a national R&B hit. McCall was a Nashboro Records recording artist while a member of the Gospel Songbirds. He went on to record as a solo R&B artist for the Thomas, Checker, and Paula labels, and worked at One-derful! and Chess Records as a session musician and songwriter. Performing with Minnie Riperton, Etta James, Bo Diddley, and many more while living in Los Angeles, Cash was also a member of blues legend Willie Dixon’s band, the All-Stars, and co-produced his Grammy Award-winning “Hidden Charms” album.