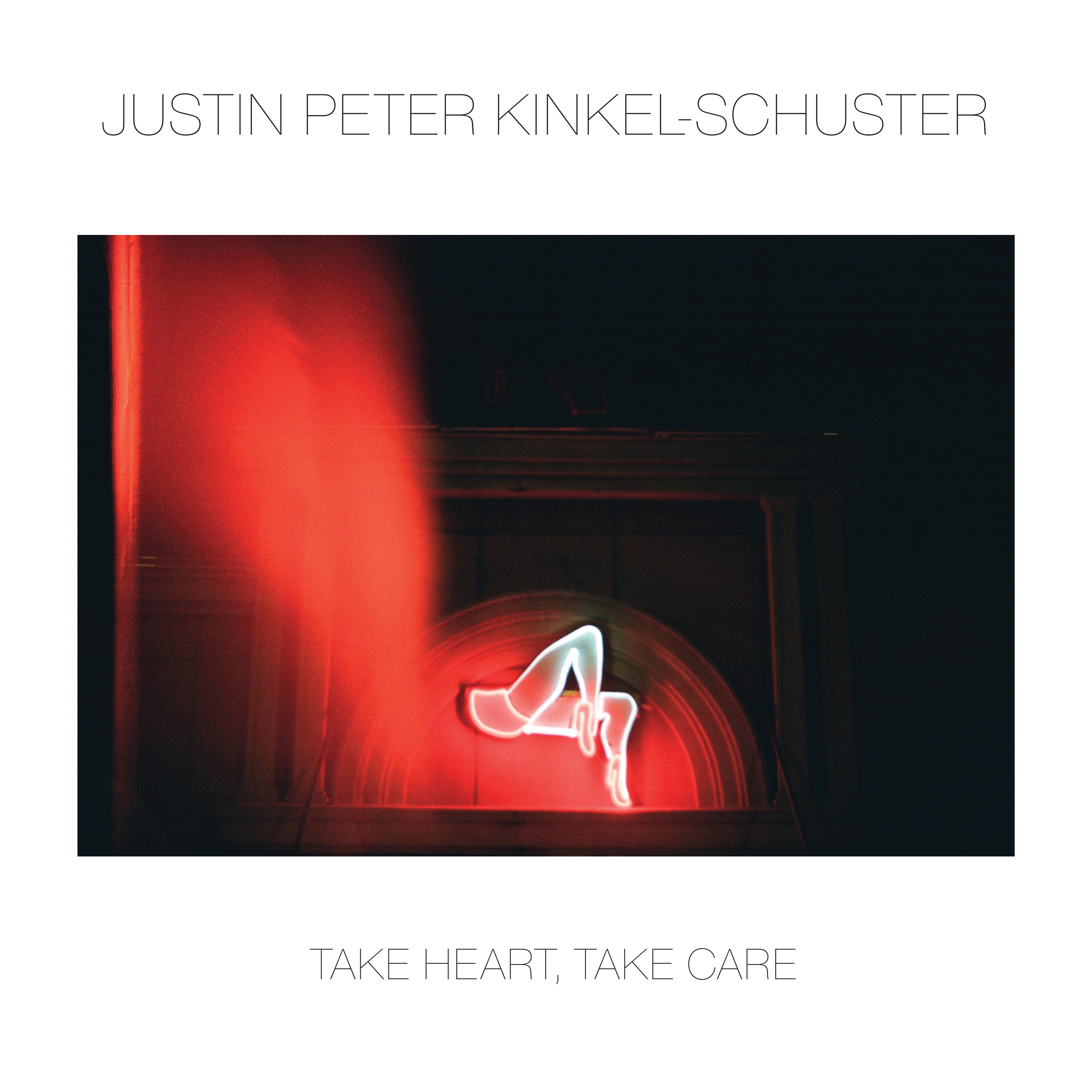 What does a songwriter who has mined darkness do when he finds a measure of contentment?

This was the challenge that faced Fayetteville, AR songwriter Justin Peter Kinkel-Schusterwhen writing his new album Take Heart, Take Care. A songwriter who had success with Water Liars (including over 14 million Spotify streams) and Marie/Lepanto (his collaboration with Will Johnson of Centro-Matic) and has earned acclaim from NPR, Billboard, NY Times, and Paste Magazine now took time to reassess his writing process.

Characters are drawn to and away from other people. They seek both risk and comfort. In the album opener “Plenty Wonder,” he sings of balannce, allowing himself “Plenty wonder in this world still to be found.” Several songs look back at a younger self with curiosity. “Friend of Mine” belies the camaraderie of youth; “Cut Your Teeth” is about seeing abrasiveness around us but then finding and cherishing “a deep and gentle welcome place inside” and remembering the journey that brought you there and the maintenance needed to keep perspective. It also powerfully alternates from fingerpicked acoustic guitar to hails of overdrive.

“Name What You Are” may be the most autobiographical song here (a medium in which Pete does not usually traffic). “It’s being quietly amazed at the places and conditions you put yourself in and why and what that meant at the time and what that means now having more or less dedicated your life to it. The atmosphere of ‘what the hell’s going’ on but it not mattering as much as that you’re simply doing it. For lifers in terms of making music, I would hope it might pretty true.” Yet the fingerpicked guitar and melody is more about the reflection back than the manic activity remembered. When asked about the song, Pete quotes Harry Crews, “Survival is triumph enough.”

Several songs, such as “Take Heart, Take Care,” are in the second person as if speaking directly to those out there who can identify with his earlier, darker experiences. He sings, “Time, time is the mender, whose strange mechanics, yet untold, bid us rise entwined together.”

Pulitzer Prize-winning poet and novelist Forrest Gander notes how this technique makes the listener lean in, saying, “You’ll notice a little delay in the timing as the tunes of JPKS’ “Take Heart, Take Care” back-eddy while he leans into and opens up the song’s long vowels. It’s almost as though the singer were pausing for a friend—that’s us—to catch up, to keep him company just before he turns to dive into the reprise. In fact, friendship is a recurring theme in this album. The second song is ‘Friend of Mine’ but other lyrics remind us ‘to keep it close’ so that what counts doesn’t go ‘asunder.’ Pete’s voice has an easy, unfeigned sweetness tinged with melancholy, and its warmth blows convincingly behind the alternately precise and fuzzy guitar notation that gives the album its definitive sound.”

The intimacy that Gander and Baker observe comes of both form and function for Pete: a desire to keep things simple aesthetically but also the limitations of time and money. His bandmate in Marie/Lepanto, Will Johnson, taught him by example how to build a record by yourself; Pete followed this method, playing all of the instruments except keyboards. “Will is a hero of mine and I’d grown to admire his way of working. We made the Marie/Lepanto record in 3 1⁄2 – 4 days and looking back, I was taken aback that we were able to do that. I take a lot of cues from Will,” he reflects. It freed him. The effect is cinematic yet direct, wind across the plains at times, humidity you can feel at others, and the occasional glimpse of a promised coastline, all of it from a view always in motion.

The sounds also provide a backdrop of a complicated world for Pete to approach his type of makeshift, hard-won providence. The underlying message is of hope, to others as well as himself. He states, “Here I’ve fumbled my way, as always, and of necessity, into a collection of songs that hold a light to the joys and comforts of life not given up on, those that appear over time as we are looking elsewhere, to surprise and delight us when we need them most. Sure, it’s me, so there are glimpses of and nods to the dark, but the dark is not winning anymore. I simply mean to acknowledge its presence. To me, that’s the most fundamental job of songs, of stories, of all art—to be allies, friends, companions, when we need them most and it’s my hope that these songs can do that work in a world that seems to need it.”

So what does a songwriter do when he finds contentment? He tries to pass on what he knows in hopes of helping the next person. 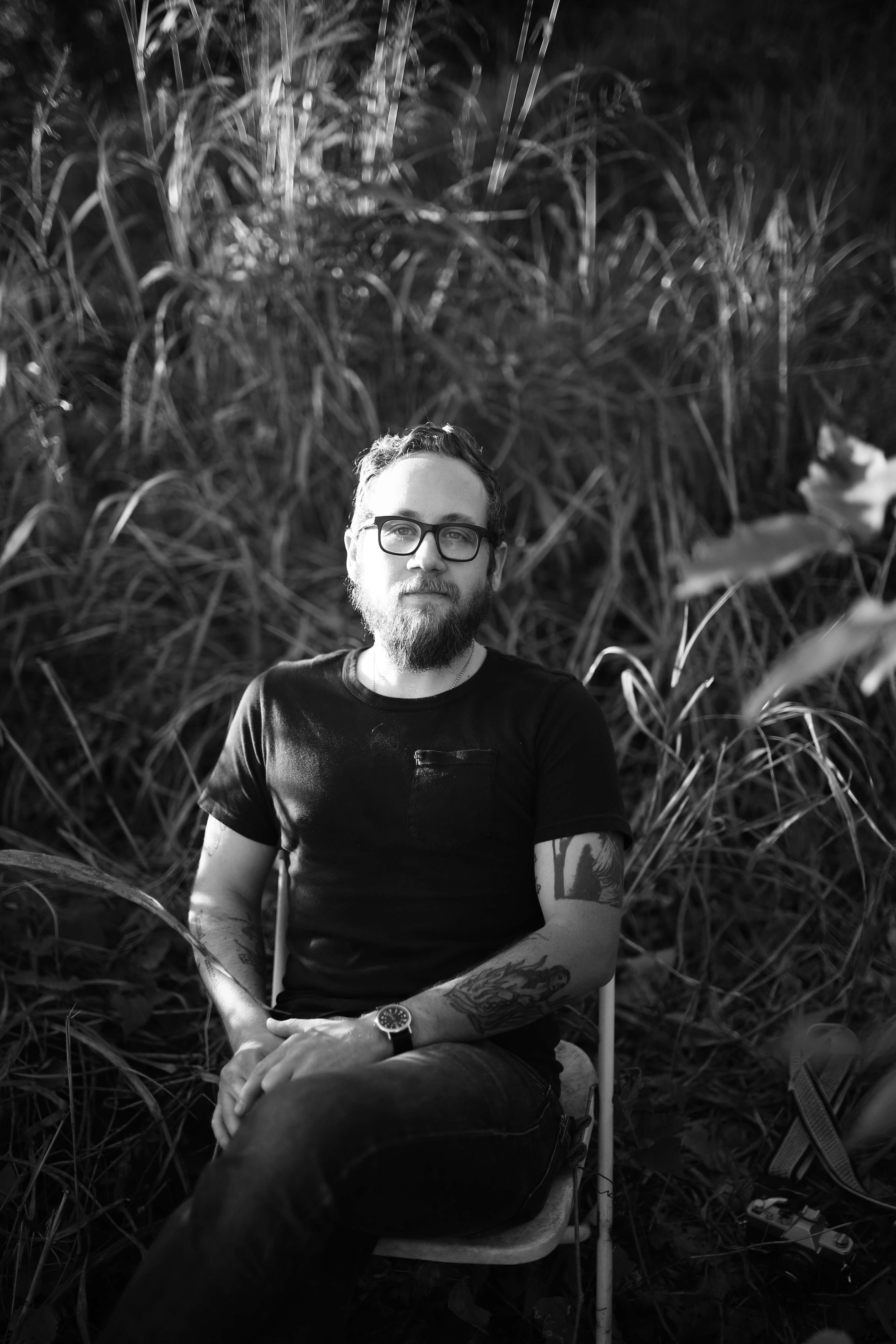