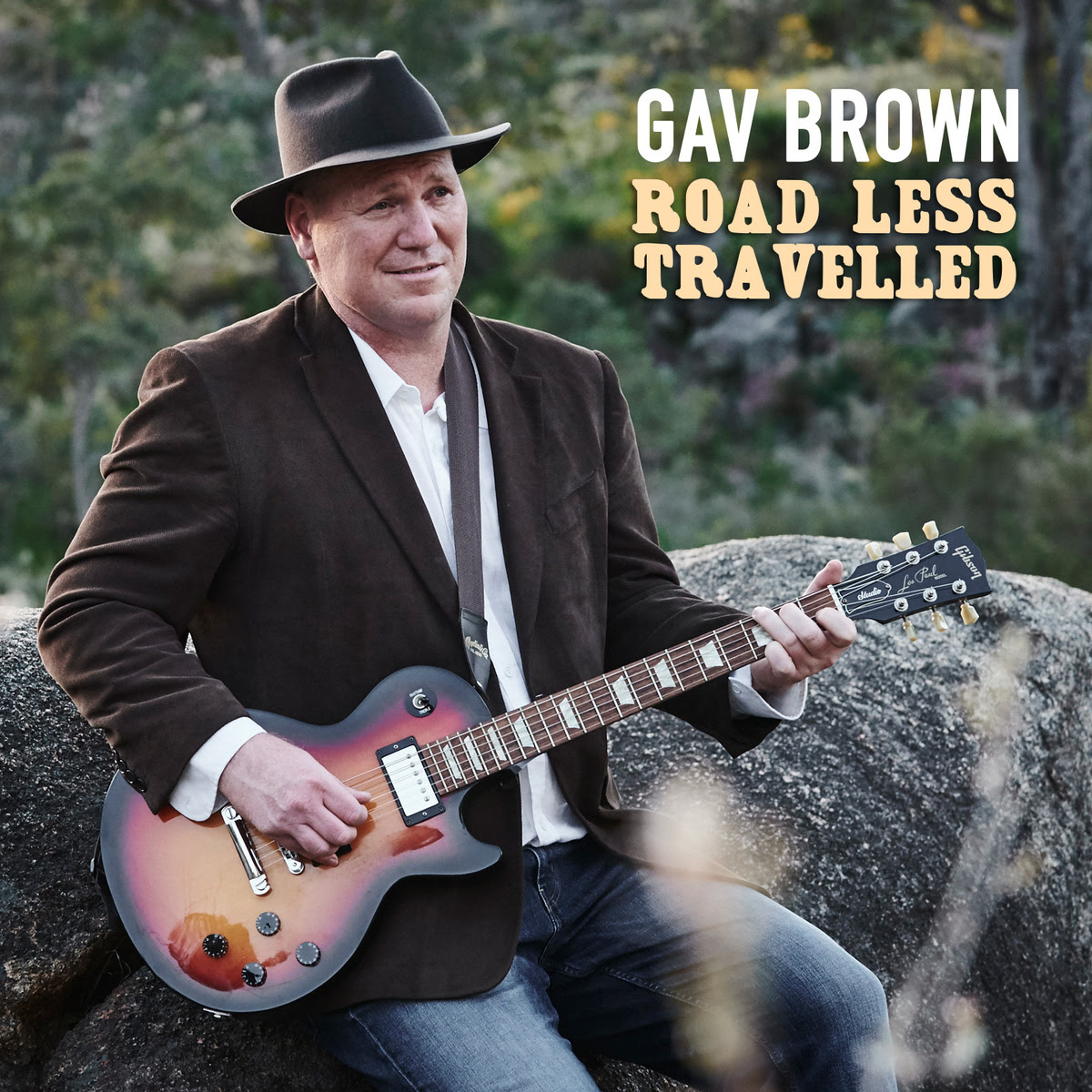 “It’s awesome stuff. I began to play the album on Thursday and will continue to promote. There are some amazingly technically perfect songs like “Nashville” and “Railroad Track.” I chose, however, “Mood for Love” to lead off with as it has the same underlying audiological draw for me as “Greatest Player.” You sound more relaxed and certain of your incredible talent on this latest work. Having said that- the same characteristic vocals and same smoking hot lead and sax are working their magic here, just as on the first release. From a strictly radio standpoint- give me 50 albums a month like this and I’ll be quite satisfied, indeed.”

“Road to You song reminds me of my time on the road. All the while missing my fiance. She said yes. She is my wife now. I can never be far from her. All the roads I would ever take now lead me back to my wife and boy.”

The Road Less Travelled Album weaves captivating songs, an instrumental tune, and a multi-layered masterpiece of musical styles into a musical delight.

Road Less Travelled follows the internationally successful release of Gav’s debut album, Sound Circus, which was released in November 2018 and enjoyed success in the Play MPE charts for 12 weeks, reaching #1 in Australian, Rock, Triple A, and Adult Contemporary charts.
Popular Sound Circus single “Peter Pan” spent 9 weeks in chart Tasmanian Country Airplay Charts and reached #15. Sound Circus’s idyllic track 1, “Artist’s Dream”, reached #14 in Hotdisc Top 40 during its 6 weeks in the chart, and the video for “Artist’s Dream” was featured on SKY TV in the UK for four weeks. All tracks from the Sound Circus Album have had radio airplay, with strong rotation in Australia, New Zealand, Europe and America and South Africa.

A regular on the live music scene in Perth, West Australia, Gav Brown has performed his soul-fuelled mix of country-rock, folk and pop around Australia, New Zealand, United States of America, Hong Kong and Singapore. A singer-songwriter and multi-instrumentalist, Gavin uses guitar, banjo, piano, harmonica, mandolin, cigar-box guitar and ukulele to craft honest uplifting music that captures the spirit of a traveller.

Brown has a passion for music which is clear in his song-writing. His influences include George Gershwin, Bruce Springsteen, Sting, James Taylor, Carlos Santana and John Mayer and he has been compared to Tom Waits, Joe Cocker, The Pogues and Dave Alvin.

Regularly compared to The Pogues and Tom Waits, and inspired by his childhood heroes; George Gershwin, James Taylor and Bruce Springsteen, Brown’s use of guitar, mandolin, banjo, piano and cigar-box in his writing process create a rare and compelling musical palette. Combine this with his engaging and gravelly vocals, heart-felt honesty and addictively catchy melodies, and you can see why he’s mesmerising audiences across the country.