Not a pair to stay on the couch, The Rightly So have been touring relentlessly, living on the road, and in fact, that lifestyle and new perspective has become inspiration for this new release.

“We’ve spent the last year and a half living out of our homemade RV built inside an old Verizon work truck, traveling over 40,000 miles and playing shows in over 20 states. “Vandura” is the culmination of 18 months of adventures, a collection of stories we’ve watched unfold and all of the places we’ve been. Living on the road has given us an entirely new perspective that has permeated this album to its core. It’s a layered look into the many facets of what it’s like to travel the back roads of America in an old van for a living, and our love for this new lifestyle that we’ve embraced is a constant theme.” 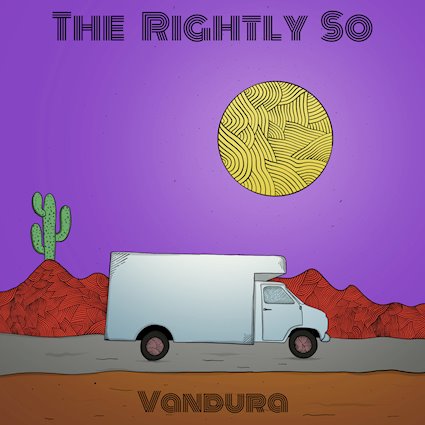 Press Quotes
“The Rightly So have it going on! “Blackberry Brandy” and “Crash This Car” are worth the price of admission. And really, there isn’t a mediocre song on the album, which is full of good melodies and superb vocal harmonies.” -The Huffington Post

“There’s music and then there’s music; sounds that make your day better, soundtracks that turn to life changing records and the artists that make those soundtracks, are the epitome of vulnerable beauty. The Rightly So, are the definitive of that greatness; and their latest self-titled release proves it instantly.” -No Depression

“Whether it’s the absolutely remarkable vocal capabilities of Jess Chizuk and Greg Zeis of New York duo, The Rightly So, that reel you in or their award-winning songwriting excellence, there is a harmony between the two that is electric and deeply in tune.” -Tattoo.com 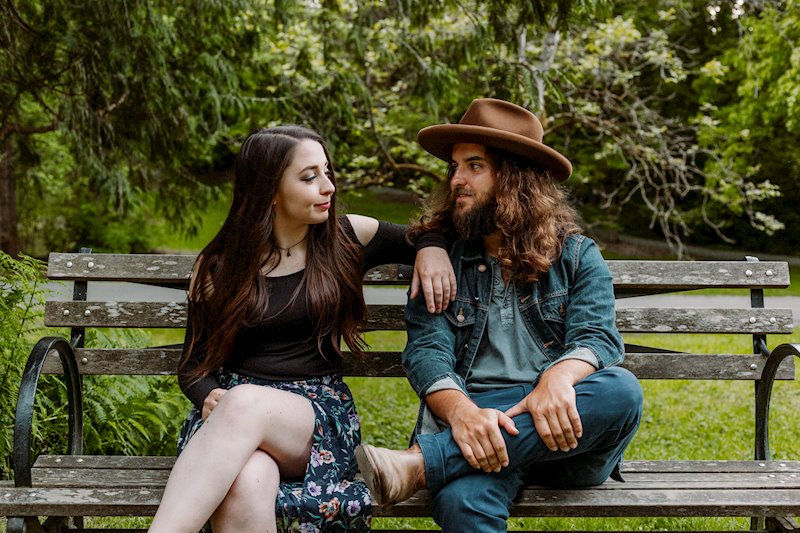 Artist Biography
Born in the heart of the Buffalo rust belt, The Rightly So brings a vibrant energy to Americana music. The young acoustic duo is comprised of esteemed guitarist and performer Gregory Zeis, and award-winning singer/songwriter Jess Chizuk. Likened to The Milk Carton Kids and The Secret Sisters, The Rightly So has developed a unique style of captivating acoustic music carried by perfectly blended harmonies by voices that have been described as “electric and deeply in tune.”

Combined, Jess and Greg have nearly 20 years of performing experience while still in their early 20’s themselves. The duo has played 100+ shows each year for the last 4 years and orchestrated three nationwide tours. They have performed with Howie Day, Phoebe Hunt & The Gatherers, Sean Patrick McGraw, Dylan Jakobsen, and Davina and the Vagabonds, and have been featured in The Huffington Post, No Depression Magazine, and NPR affiliates in Amarillo (TX) and Grand Junction (CO). The Rightly So’s music combines the nostalgia of classic, down-home Americana with the sounds of contemporary folk. Their self-titled album provides an honest look into what a live performance from this duo is like; two guitars, two voices and a batch of well-crafted songs, full of vibrant energy and chemistry without losing any musical integrity. Their tasteful guitar riffs, singable melodies and storytelling lyrics have won them a number of accolades and awards alike.

“We are willing to bet that these two are going to be standing tall along the likes of the Milk Carton Kids and Secret Sisters more than their efforts would ever be considered bunk,” writes Jonathan Fram of For Folk’s Sake. “The Rightly So sound like successes with their strummy and sweet instrumental delivery melded together by the utter beacon that is their tantalizing harmonies.”

Their self-titled debut album was released to much acclaim in July of 2017: the project combines new renditions of old songs from past projects as well as plenty of brand new collaboration pieces. With a new album set to release in the summer of 2019 and their full-time touring schedule showing no sign of slowing down, it’s evident that The Rightly So is at their best when they are together, and that things are only just getting started.