The ﬂowing melodies and subtle harmonies of Cornell Kinderknecht’s ﬂutes, reeds and keyboards blend with the moving rhythms of Martin McCall’s drums and percussion to take you to a place where all things are possible – a place where you can be at peace while feeling energized – a place of mystique and wonder – a place of fantasy where you can play and let your imagination run free…

Together, Cornell and Martin create a collection of instrumental music that is equally poignant as it is bold. It’s the perfect music for listening while at the same time, you can zone out and chill with it, get up and move with it, or let it accompany you on a long road trip. Whether it be the grounding earthy songs like Gecko, the mind-opening vastness of Big Sky, the astral exploration of Orion and Voyager, or the quiet longing of One Summer, each song on this work has the power to engage on multiple levels. World flutes and winds virtuoso Cornell Kinderknecht is an award-winning recording artist, composer and performer whose music touches the heart and feeds the soul. He is a winner in the Instrumental category of the Great American Song Contest and has twice been nominated as Texas Music Awards “Musician of the Year” for his solo recordings. His work can be heard in film, television and advertising as well as on numerous other artists’ albums in multiple genres. Martin McCall is a veteran drummer and percussionist and past winner of the Carmine Appice Drum Solo Contest and named a Texas Tornado by Buddy Magazine. Cornell and Martin’s synergistic collaboration provides the perfect roadmap to that special place where all things truly are possible.

“The album is an elegant exploration of melodic soundscapes which convey warmth, contemplation and an innate healing spirit.” – Candice Michelle, Journeyscapes Radio

“I heartily recommend this work for those who want their music to provide them with relief from stress and the modern world, and who seek some quiet time for introspection, and, of course, Dreamtime.” – Rick McDaniel, Independent Reviewer

“Dreamtime is bright and groove inducing, perfect for work and a delight for pure listening enjoyment…” – Amy Martin, Moonlady Media 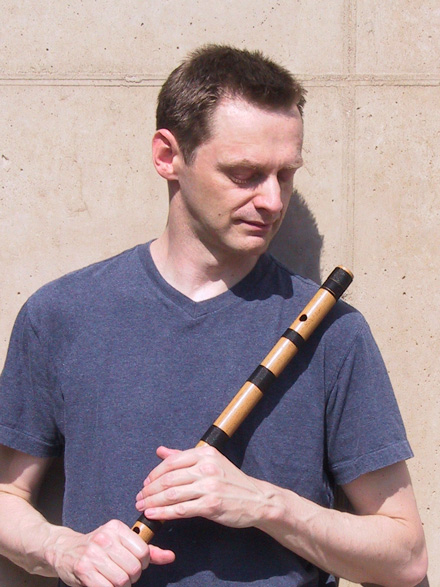 Cornell Kinderknecht Timeless sound for a contemporary world…
Music that can move the heart, take you on an exhilarating ride and then set you down gently and sweetly right where you need to be. Cornell’s instrumental music has that power to let you lose yourself in bliss with its melodies, tone colors and beauty. Allow yourself to take that ride. You’ll be glad you did.
Cornell Kinderknecht is an award-winning world flutes and reeds virtuoso, pianist and keyboardist. His world flute and reed instruments include Native American flute, bansuri, ocarina, whistle, recorder and saxophone, among others. He is an Indian Summer Music Awards winner, a Top 5 Winner in the Great American Song Contest instrumental category, and has twice been a finalist for Musician of the Year at the Texas Music Awards. Venues Cornell has performed include the prestigious Carnegie Hall, the magnificent amphitheater built into the 2000-foot red rock cliffs of Zion Canyon, the underground “Cave Without A Name,” the Meyerson Symphony Center, and the AT&T Dallas Cowboys Stadium. His music can be heard in film, television series and advertising. In addition to his own recordings, Cornell’s playing can be heard on numerous artists’ CDs in multiple genres. He is in high demand as a performer at festivals around the US.
Cornell‘s original compositions and playing have been described as soothing, soaring, haunting, and playful with influences of Native America, the Middle East, India, and the Far East. His style, which draws from his experience in world, Classical, folk and pop, brings a new and fresh flavor to the instrumental and new age genres.