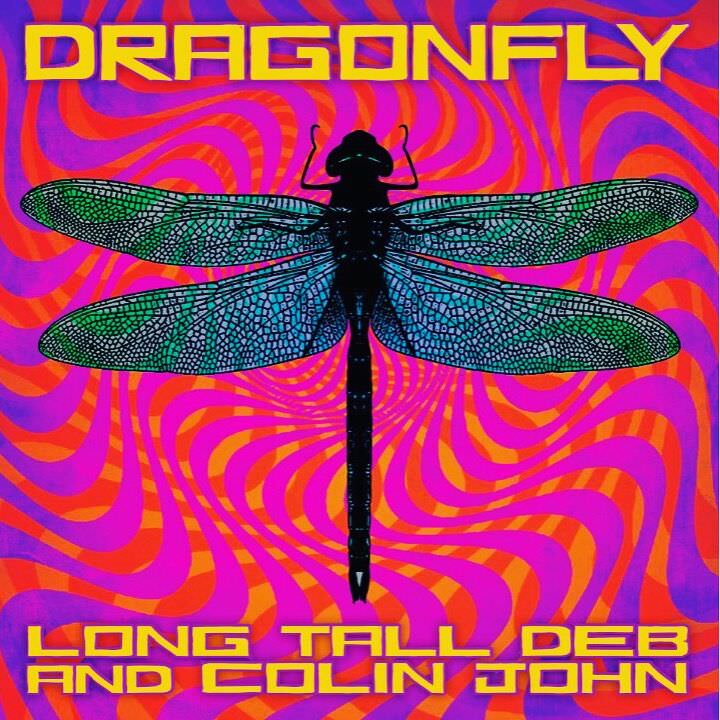 Given the label, you’re probably expecting a blues album. There are traces of that here, but Long Tall Deb and Colin John move in several directions, sometimes blending genres within the song. But even when it is not clear what kind of music you   re listening to, it’s a compelling   even intoxicating   mix. This is not entirely new for this pair as it follows their 2015 EP Streets of Mumbai, which similarly used a bedrock of blues and soul accented by rock n    roll, surf, spaghetti western, noir jazz, pop, Americana, and world. The couple seems intent on musically reflecting their travels throughout America, Europe, India, and Nepal.

These are all original songs save the cover of Townes Van Zandt’s    Lungs.    The wide range of instrumentation primarily come from Colin John, with Deb singing. John (who also sings) is credited with all acoustic guitars, baritone guitar, baby sitar, lap steel and occasional bass and piano. Numerous guests add vocals and instruments throughout with Michael Landolt (Coldplay, O.A. R.) producing. The title is symbolic of change and transformation. You   ll hear the familiar strains of a lap steel to kick off the album, a crunchy blues shuffle in    On the Way Down,    pop in the radio-friendly title track and resounding electric guitars in the quietly rendered    Lungs.

According to Deb and John, they   re mostly creating a series of sounds you might associate with a car radio. In other words, songs full of choruses that you want to sing along with. This is especially the case in    I   ll Be the One    and    Trouble.       Remember Why (It   s Good He   s Gone)    is rife with spaghetti western motifs.    Pull the Pin    begins quietly with spooky chords before Deb becomes balladeer, perhaps the album   s best example of her pure, soulful vocals.    Horizontal Lightning    is surf music in slow motion.    Lights That Shine    is a slow-building tune, with another of their patented sing-along choruses. 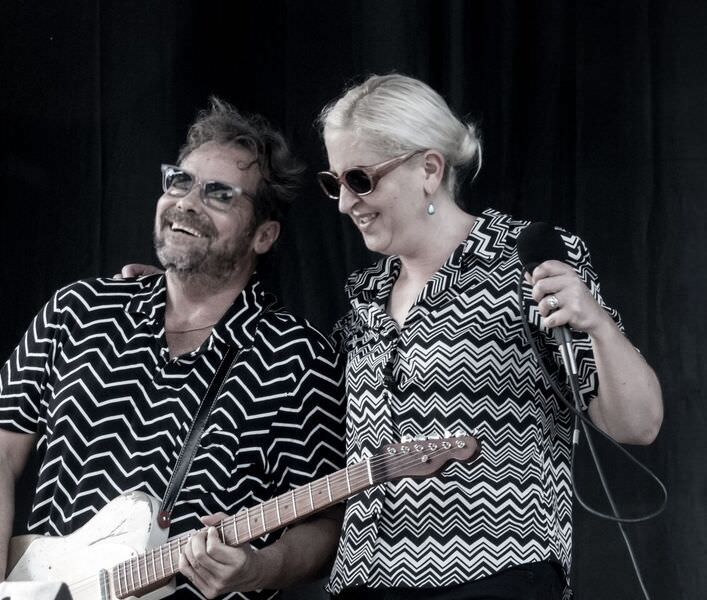 Credit Long Tall Deb and Colin John for forging their own unique sound. It   s refreshing and captivating. “Stories are all around us, and I’m listening to people even when they think I’m not,” states Sammy Brue.  “If I get to the emotion of it, I can find the words.”
Realism and storytelling are qualities that are prominent on I Am Nice, the 15-year-old Utah singer-songwriter’s New West debut.  The 12-song album—produced by Ben Tanner of Alabama Shakes and John Paul White of the Civil Wars—shows the young troubadour to be a timeless talent whose catchy compositions embody the sort of wisdom, empathy and insight that’s usually associated with more experienced songwriters.
Sammy Brue likes to think of himself as a normal fifteen year old kid – he plays video games, hangs out with his friends and eats cereal in the afternoon. On “I Know,” the first single from his upcoming debut LP on New West, the John Paul White and Ben Tanner-produced I Am Nice, Brue balances a mature, brooding sense of folk with wistful, youthful lyricism: on one hand, he’s an artist gifted way beyond his years. On the other, he’s a teenager who misses the girl he left behind.
“I wrote that song in my underwear at three in the morning,” Brue tells Rolling Stone Country. “It was about someone chasing after their dreams and leaving a person they loved behind to do it. Only to find out that the person they left was more important than the dream. It’s probably the most personal song I’ve written for this album.”
The Ogden, Utah-based Brue started writing music at ten years old, and was snatched by Justin Townes Earle for the cover of his 2014 album, Single Mothers, for his uncanny resemblance to the singer songwriter. His similarities to Earle weren’t just in the physical – he, too, plays his guitar with a heavy thumb that tends to conjure up a bygone era, with lyrics firmly footed in the present. By fourteen, Brue had already released two EPs under the tutelage of musicians like Earle, Joe Fletcher and Joshua Black Wilkins, who saw more than just the novelty of a young kid at the mic: they saw an artist. Young or not, Brue’s songs were emotionally stirring and stark, garnering him spots opening for Hayes Carll, Lydia Loveless, John Moreland, Lukas Nelson, Lucinda Williams, Asleep at the Wheel and Earle, and a deal with New West records.
“Sam is not only a friend, but a peer,” says Wilkins, also a photographer who shot Brue for the cover of Single Mothers. “I started playing music at fifteen, so to witness someone so focused and inspired, and talented, is a constant reminder that I can always improve my craft. Sammy Brue gets better every day, and does it with a focus and drive that almost no one can match.” “Watching Sammy grow as a writer and performer over the past few years has been the most inspiring thing I’ve seen happen during my music career,” echoes Fletcher. “He is so hungry for new influences and seeing him devour them and process them and make them his own is a constant reminder to me of what drew me to this life in the first place.”
For I Am Nice, Brue headed to Florence, Alabama to make the album with Tanner and White – he’s finishing high school online these days – and he embraced the opportunity to add a fuller band to his spare acoustic sound. At first, he was a little intimidated by White’s austere persona, but soon found the man behind the press to be much different than he imagined. “I was kind of nervous at first because when you see pictures on the Internet [of White] he looks super serious,” Brue says. “But then he was a really big goofball.” I Am Nice infuses a new complexity into Brue’s style: a little doo-wop on “Was I The Only One,” some Nirvana-inspired scruff on “Control Freak,” the echoing introspection of “Salty Times.”
“I don’t have a lot of experience playing with a band so I didn’t know what to expect other than I wanted the Muscle Shoals vibe,” says Brue. “Just hearing the recordings after each take was cool. When Ben Tanner put keys on it I kind of didn’t ever want to play solo again. I actually have a band back in Ogden now, too, because I really love playing with other musicians. I didn’t have a sound in my head before because I didn’t want to ruin what John and Ben were going to come up with. After hearing the final mastered versions I really loved it. I think people will know where it was recorded when they listen to it.”
Though Brue is clearly influenced by Woody Guthrie and Bob Dylan – his first EP was titled The Ghost of Woody Guthrie and evokes a young Dylan heading to New York and ambushing his idol at the hospital – his tastes range far beyond just folk.

Melbourne
alt-country and folk duo The Weeping Willows recorded this, their
second album, in Los Angeles and though that city isn’t renowned for its
roots scene as much as say, Nashville, they’ve captured an impressive,
lived-in, warm and lush sound.

Their authenticity and craft as singers, as songwriters and in Andrew
Wrigglesworth’s sublime guitar playing makes this a hypnotic and
alluring album. They’ve taken a detour down some darker and moodier
paths this time and it works exceedingly well. Dark folk, blues and
country musings on nature, death and doomed romance suit them well and
puts Wrigglesworth and Laura Coates right up there with the finest
Americana music you’ll hear this year.

Adam Young celebrates the release of his debut solo record, Elementary Carnival Blues
– an album that has seen the musician dive into some stellar
alternative country sounds and work with some incredibly talented types
along the way. While his work with seminal bands in Daisygrinders and
Big Heavy Stuff perhaps would indicate a a similar rockier sound would
follow on his new album, Young acknowledges his own musical roots on Elementary Carnival Blues and brings to us a record that is gorgeously authentic and rich in promise.